I’m excited to present to you the editorial ‘End of line’ (larger images), created for the fashion collection made by designer Emelie Arvidsson and published in the London magazine Unfolded Magazine. After the successful collaboration with the fashion story for Emelie’s previous collection ‘The space that is and isn’t’ the aim was to create a new story, strong on its own but with an alluding connection between the two collections. 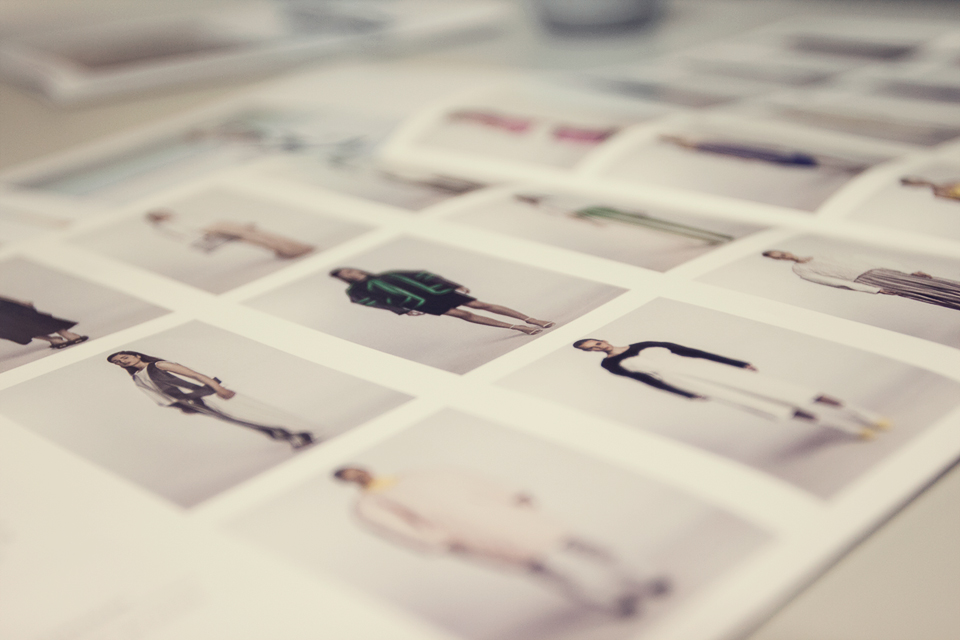 Two months before the planned shoot I met up with Emelie over a cup of coffee to talk through the background of the collection, discuss the brief and to settle on a creative goal. Emelie showed me the artistic development for her concept and we talked through inspirations and important things to highlight.

The focus of the collection is lines that are a fundamental part of visual perception and Emelie’s aim was to investigate the dynamics of straight lines through experimental construction of dress. It is obvious how lines are a crucial part of the construction and the striving and direction is truly important. I picked up on Emelie’s explanation that line compositions can provide strong dynamics given it’s put in relation to body and movement and I wanted to incorporate that into the story. 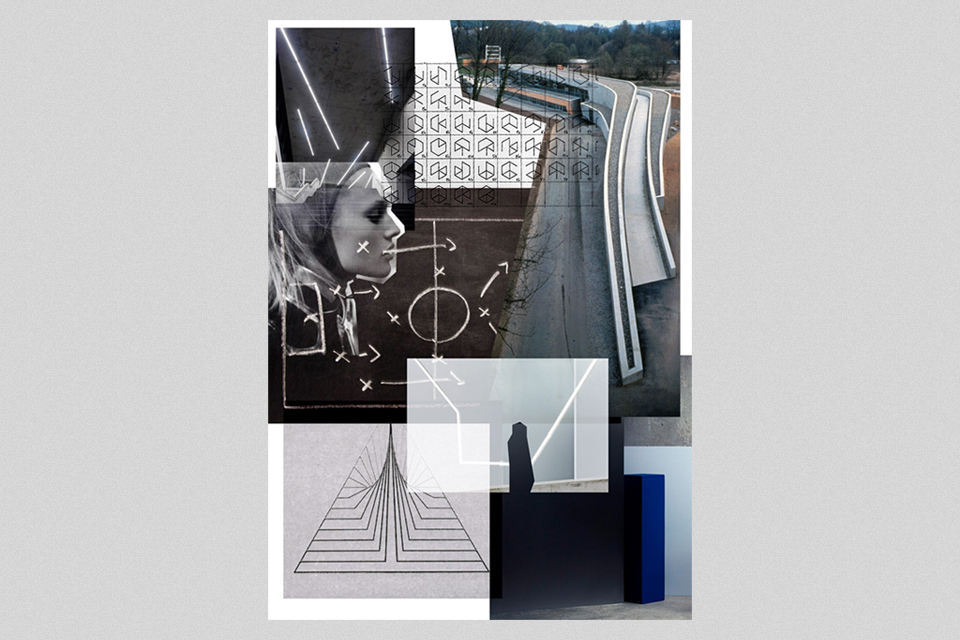 The brief had similar grounds as for the previous ‘The space that is and isn’t’ project and a futuristic setting with clear visual space/void, concrete/asphalt and strong shape was once again incorporated into the moodboard. Playing with the name of the collection, ‘End of line’, investigation of the dynamics of straight lines continues through the editorial, transferring the collection and the story into the futuristic setting that alludes to what inspired the collection. Bringing the characters and clothes into a somewhat post-apocalyptic setting, the search for the end of line continues.


BEHIND THE SCENES OF PREP AND SHOOT

After thorough location scouting and scetching and approving image ideas, the fantastic team met up early one summer morning for prep and make-up before taking off to the old abandoned airfield of ‘Torslanda gamla flygfält’, just outside Gothenburg (Göteborg): 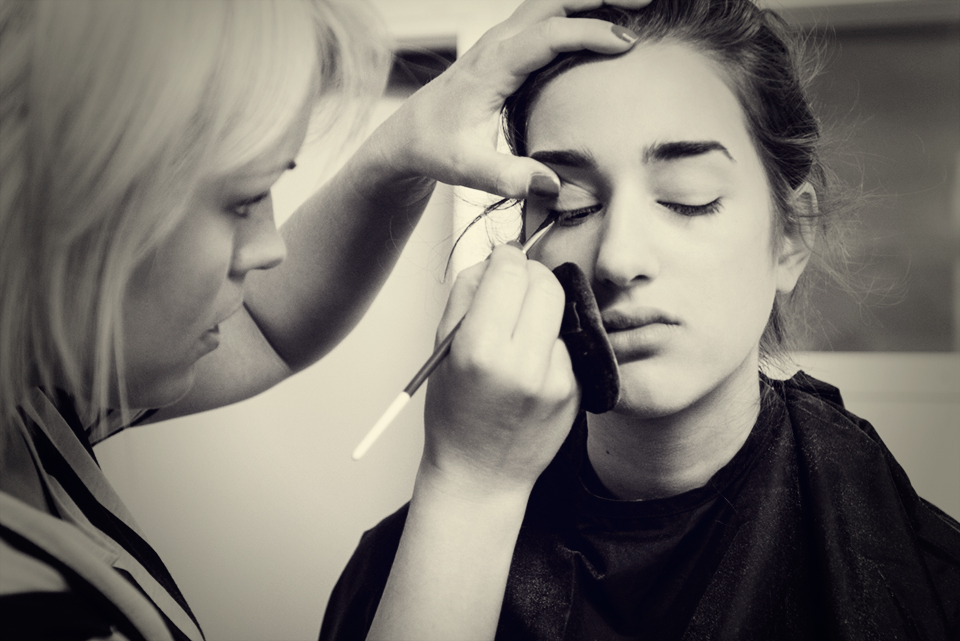 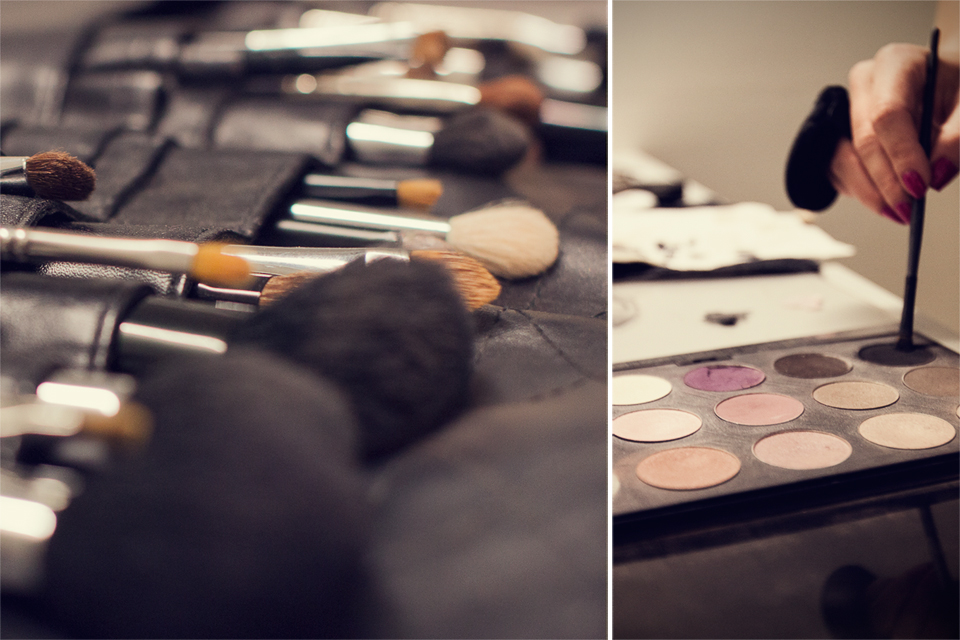 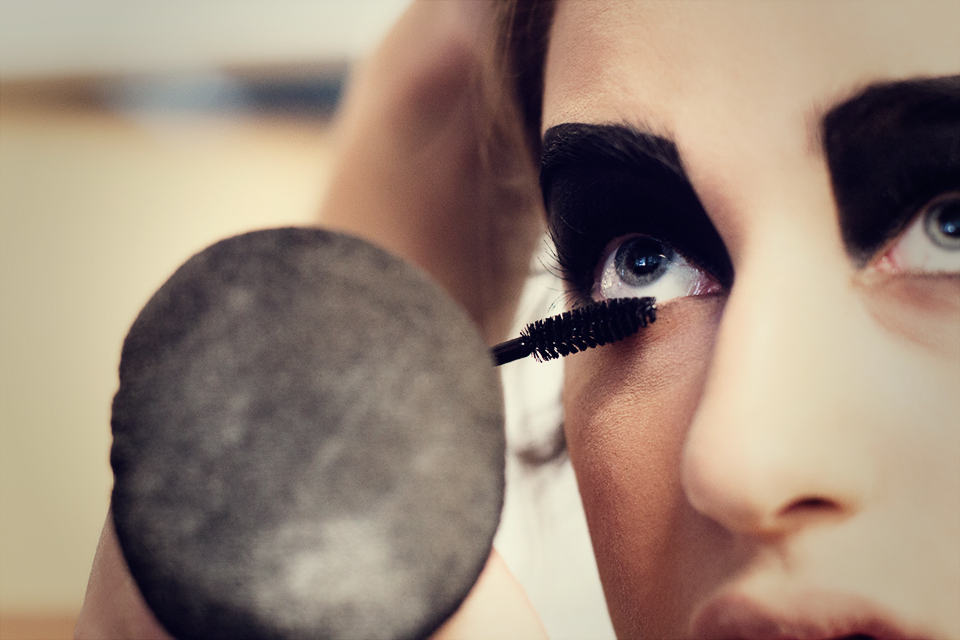 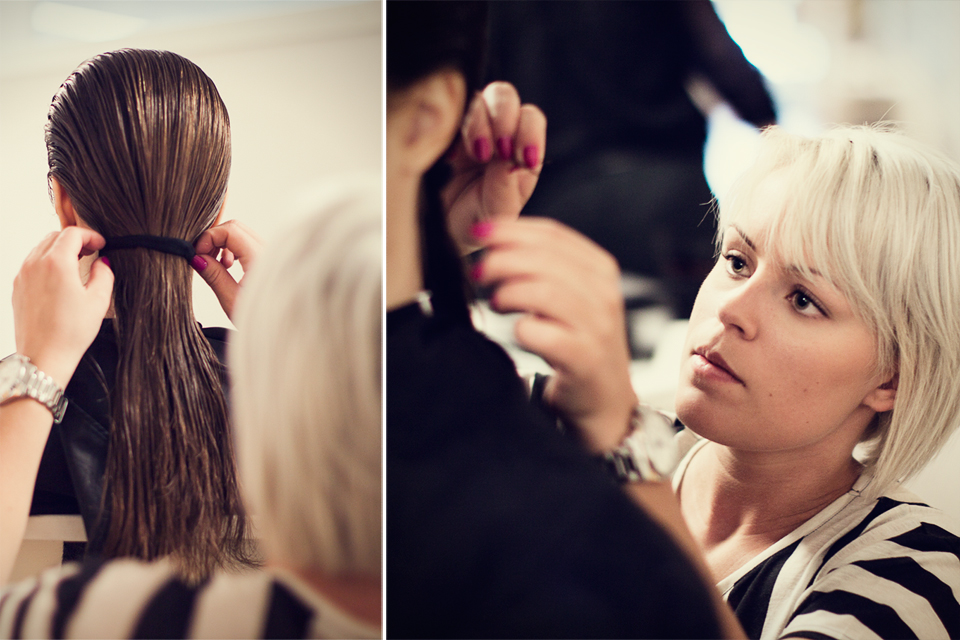 For the story, a harsh sun leaving no mercy for the long walk ahead, was what I wished for so I was really pleased with the weather that day. Especially considering that you can never be sure what our west coast city will bring. Although, it was windy as usual, but of course we were prepared with cover ups to resist the cold. While the girls were preparing the final things before the first part of the shoot…. 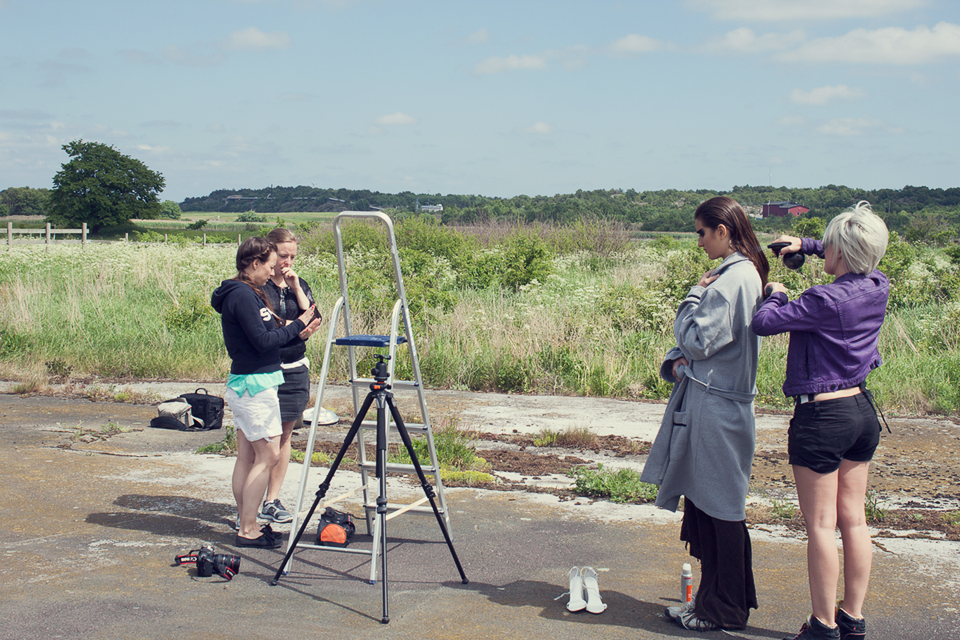 …Johan got some time to enjoy the sun ;) 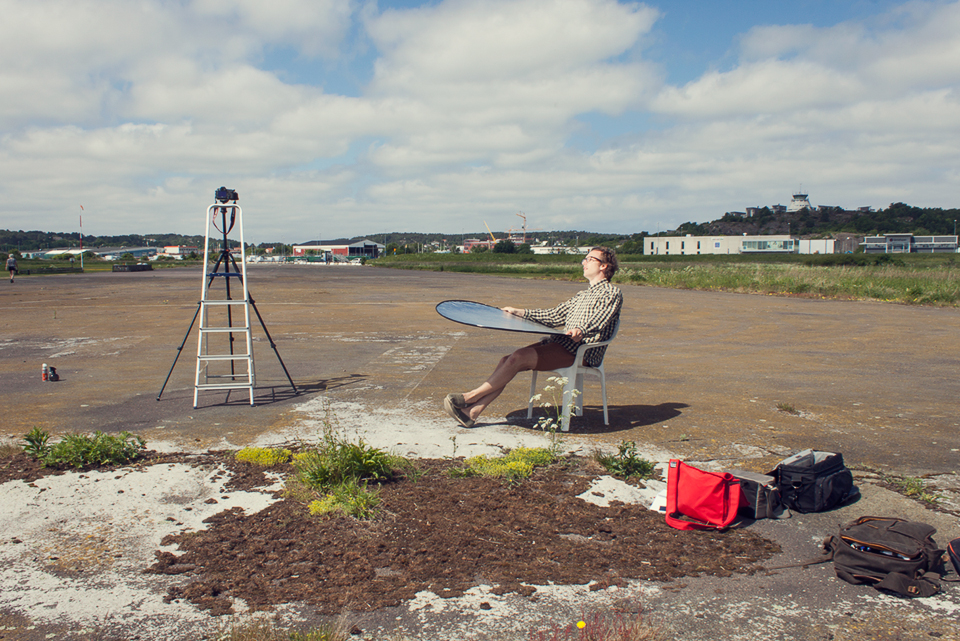 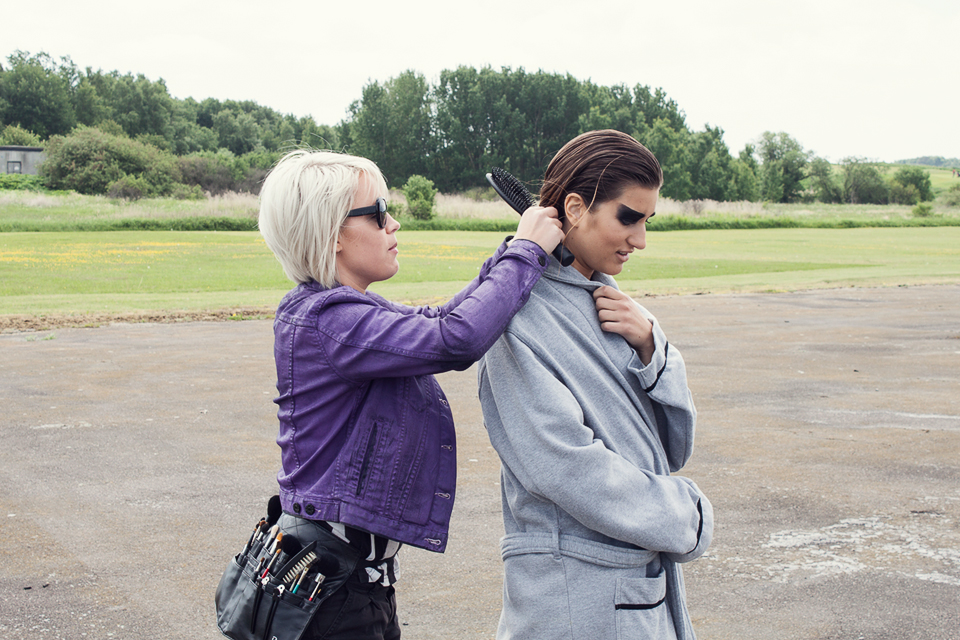 The story begins with the two characters leaving a city, now completely abandoned and empty, on their journey searching for the end of line. For the first image we wanted a bit of a birds eye view, later on making the city visible in the far distance. I must say I’m no fan of heights or ladders, but by getting absorbed by shooting I completely forgot about my fears and instead I was having a lovely time up there. 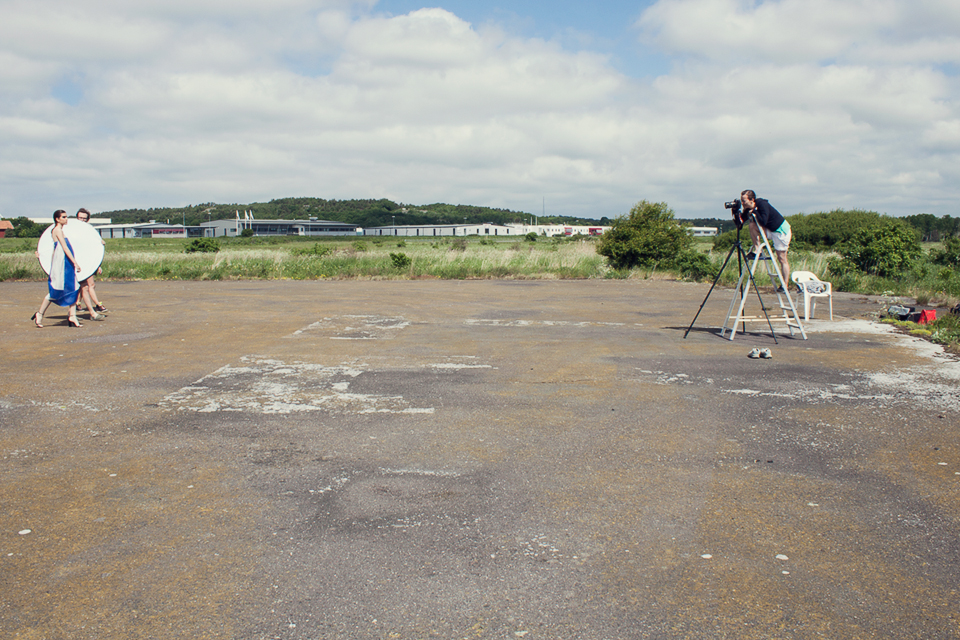 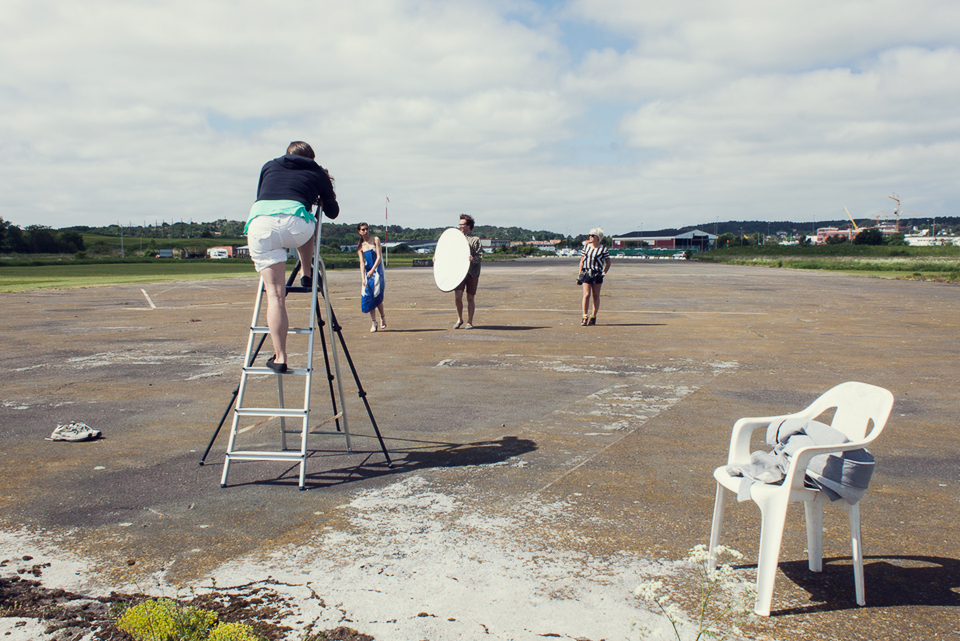 Johan did a great job with directing the light with the reflector and Linnea and Emelie were constantly on their toes, trying to fight the effect of the wind on hair and make-up. 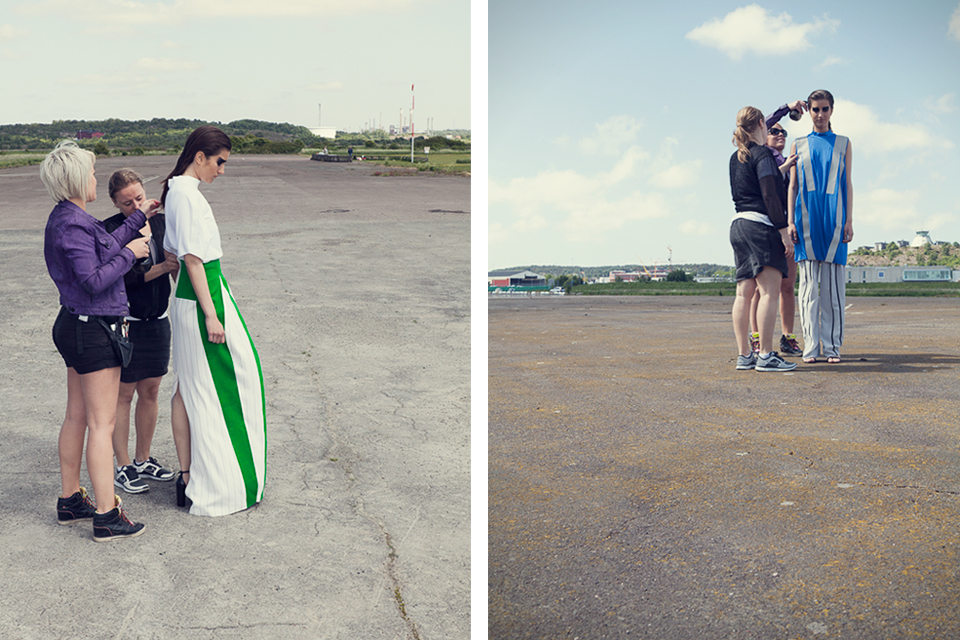 The result of the day, and thereafter the many many hours of image processing behind the computer to enhance and convey the story we had planned for, has gotten such a wonderful response and I’m so grateful of the team, together making it all happen. I surely hope you will like our fashion story! 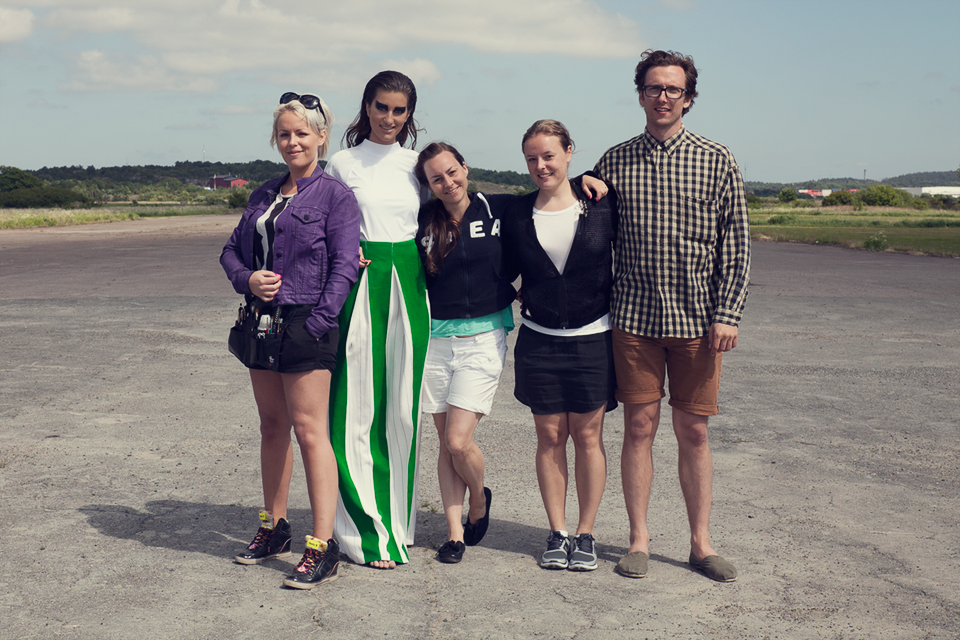 —
LIKED THIS EDITORIAL?
Connect with me on Facebook for upcoming news!