I had my doubts before doing this shot. First of all it’s been the coldest start of a winter I’ve experienced since I moved to Gothenburg/Göteborg. With weeks of -10°C (already in November) I lay in my bed at night thinking about maaaybe putting on a summer’s dress and make good use of that cool tree a few blocks away… but then again… naaaah… let’s do that when the weather gets warmer… AND when there is a greater amount of snow. AND when both those things happen on a weekend so that I’m off work and can actually perform the shot in daylight. Yeah, right, like that combo was gonna happen any time soon.

This weekend, it did.

-1°C and two days of snowing. Off I went! Can’t let myself down now can I. This time I had my beloved Andreas with me as an assistant. Like he said: “How could I ever miss an opportunity like this, to watch you walk around barefooted in snow with a dress on in December, and with a chance that someone will see you!?” Aaaww he is nothing but helpful.

So trudging through knee high snow to get to the tree, setting up the equipment and trying not to get the tripod to fall over and drown my camera in wet snow, waiting for some curious people to walk away (no way I’m starting with them there), taking off my warm comfy clothes behind the tree hoping no new people would come by, climbing the tree in a pink and really short dress and big fluffy winter boots, placing my behind on a big snow covered branch and ooooooh my little hiney that was cold!!!!!! Quickly pulling off the fluffy boots and placing them behind the trunk, posing crazily to quickly get a behind-the-scenes-photo and then WHAM. Seriousness. Pose. Pose. Pose. Move flowers around. Pose. Pose. Flip the hair around. Pose. No, not like that, stretch the toes. Pose. Pose. Tilt head the other way. Pose. Done. Quickly pulling on boots again and crazy out of happiness getting stuck on another behind-the-scenes-shot. Jumping down from tree and get dressed quicker than Superman. And then I get the good news that another couple had very intensely been studying us from the road…. 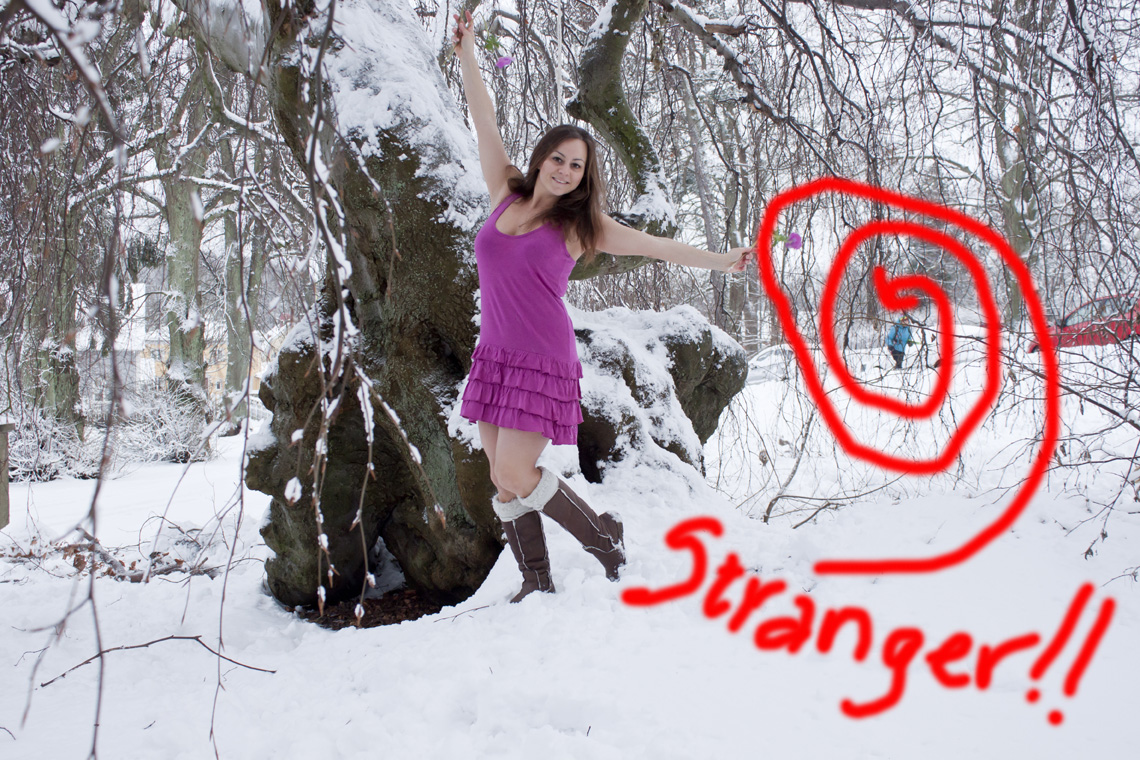 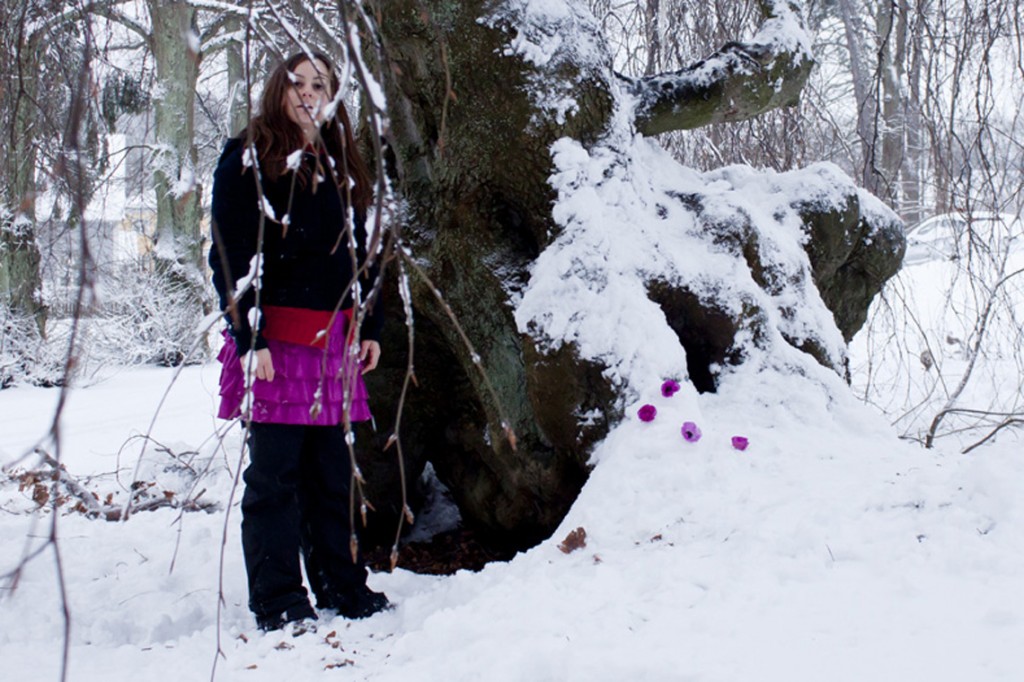